Following Directions is the most abstract section of the OLSAT. The section is designed to assess your child’s ability to listen to and critically evaluate a prompt. Questions tend to test awareness of spatial terms, such as “above” and “below,” and age-appropriate synonyms such as “on top of” and “beneath.”

Children might be asked to visualize how it would look if items switched places, or if part of an item were removed. They are expected to have an understanding of the order of items, and directionality. They should understand the difference between numbers and letters, and understand the difference between capital and lower-case letters. They should also be able to identify the names, colors, and relative sizes of different shapes, such as knowing that a specific purple rectangle might be larger than a certain red square.

The key to success on this section is for your child to be comfortable with the terminology, and to be accustomed to thinking about the composition and arrangement of objects. This is something that usually gets picked up through language and social play, so talking to and playing with your child frequently is important. When you interact with them, you provide a valuable opportunity to expose them to the language of the Following Directions section in a non-stressful way.

A useful way to practice may be to arrange your child’s toys in different ways, and ask them to describe the arrangement. “Is your teddy bear above the doll house, or beneath it?” “Can you make the Barbie doll and the Skipper doll switch places?”

You can also use number/letter/picture blocks to mimic the abstract rearrangement questions on the exam, either by rearranging blocks in a line or in a grid. Potentially, grids could be from 3×3 to 5×5. Some blocks might be blank on a grid as well.

These are the blocks I use: 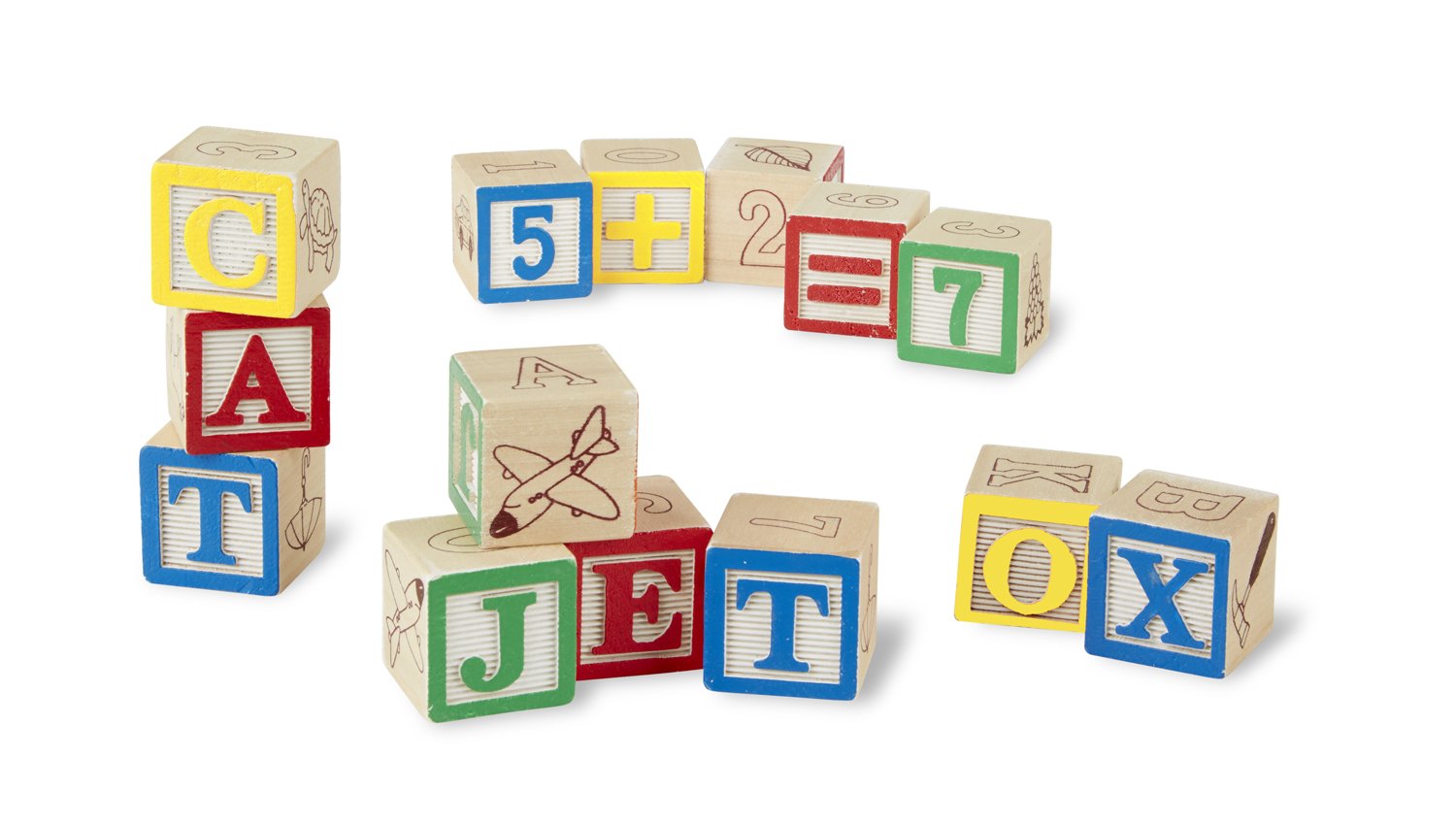 Here are some videos of me practicing this with a student. We started off with linear arrangements instead of grids, as you can see below.

Here, I’m introducing objects “switching places.” It takes a little bit of reinforcement and practice to keep all the other blocks in the same place, but my student had it down within a few sessions.

And here, we practice the concepts of “above” and “below,” along with their synonyms.

You can reinforce spatial arrangement concepts outside the home as well. When you talk to them in the store, mention the arrangements of the objects you see. “Hey, look at that bag of apples. It looks like two of them fell outside of the bag, but the rest are still inside.”

If you’re building a Lego tower, ask them to describe it. “The red block is on top, the second block is blue, the third block is yellow, and the bottom block is green.”

Doing hands-on exercises with cut out shapes and tangrams is another great way to practice. If they do a construction paper activity where they paste a bunch of shapes on a piece of paper, work with them to describe the arrangement. “You put the little yellow pentagon on top of the big green triangle. The blue rectangle is behind it. The purple oval is above it.” And so on. For kindergarten entry, make sure it’s not too complex—maybe give them 5 or 6 shapes to work with, so you don’t find yourself in a situation where your child struggles to describe a cluster of 15 overlapping shapes.

When your child is confident with describing and manipulating these arrangements in real life, reinforce their knowledge with a few practice problems, so it isn’t foreign to them when they sit for the exam.